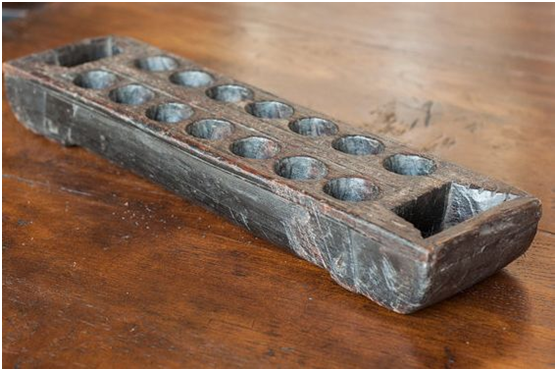 The picture above is that of  a Pallankuzhi : a traditional board game that was  played in southern India.

Note:  the z is actually a rolled r when pronounced. I does not have a English substitute and z is normally used.

Every year when I was in school ,I used to eagerly  wait like all other children for the summer vacation . My parents would take me to our  ancestral house in Kerala to meet my grandparents. My grandfather was a bit stern and frightening so I would keep out of his way. My grandmother :Pati,on the other hand was very friendly and loving. She taught me how to play this board game.

Every afternoon after  early lunch we would settle down on a large wooden swing called an aatukattal which would sway gently while we played for several hours. 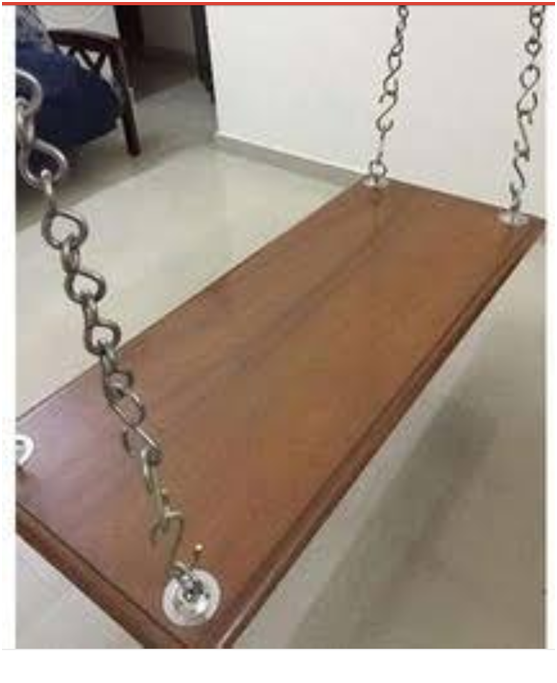 I don’t remember her saying no to me ever. She was of course an expert player.  She was married at age 13 and one of the most precious gifts she brought with her from her parent’s house was her Pallanguzhi!!

The game could be played with any of the following: 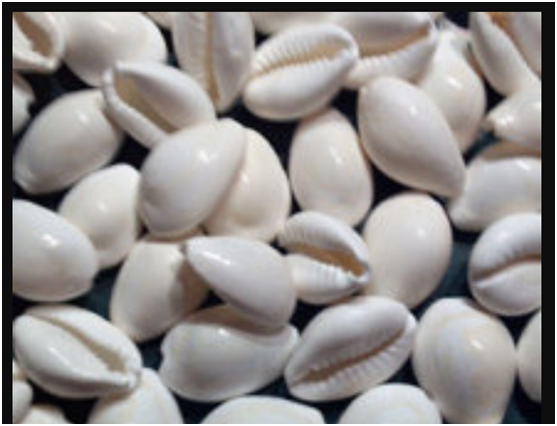 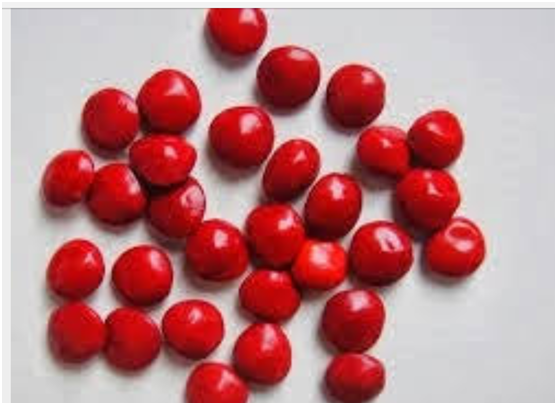 We would choose any one of the collection . The choice was given to me. Pati would never push me to select any one ,   however I soon realized that  tamarind seeds were the easiest to play with. Pati had huge jarfuls of them in the kitchen. They were easy to handle, being of the perfect size. The other two options looked very pretty but were a bit unwieldy to handle.

The game has many versions. I only remember one. There are two rows of cups( calledkuzhis)  as can be seen in  the picture.

Each row belongs to one player. The two large cups on the sides are the kasis : stores or treasury, for the players. Each player receives an equal no of seeds in each cup except the kasi.  I seem to remember it as 7.

The two kasi’s had one seed each.

The aim of the  game is to collect all the seeds of the opponent.

The starting player collects all the seeds from any cup on her side and moves in a clockwise direction placing one seed in each cup.

The turn is over.

In case the empty cup is followed by a cup containing seeds, they are captured by the first player. Captures can be made on either side of the board.

Another way of capturing seeds: As play proceeds, some of the cups accumulate 4 seeds. The opponent has to immediately capture the 4 seeds on her side of the board.

A lot depends on strategic planning and calculation in this game. Though played for entertainment,  at a subconscious level, the game improved memory, mathematical , observation and analytical skills.

The amount of calculations that Pati would do would never fail to astonish me , and though I was only a child,  she played to win and would never just allow me to win though she loved me dearly!! My defeat would be made up by a storytelling session! 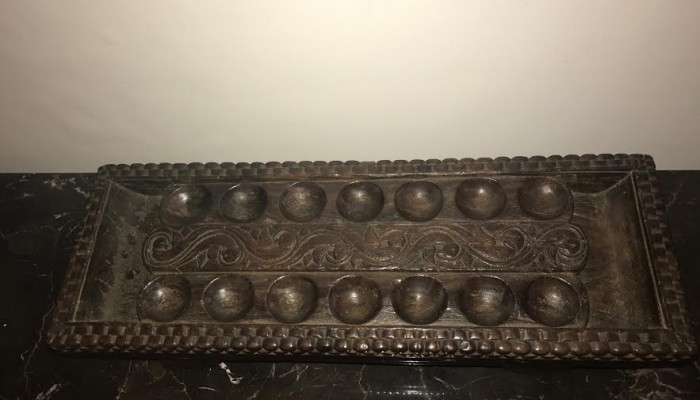 The above is a picture of Pati’sPallanguzi which I inherited from her. I treasure it because it holds very happy memories for me of an innocent childhood and a way of life that is long gone and can never be accurately described to the present generation.

Pallanguzhi has its variations in Africa, South America, Sri Lanka, Indonesia and the Caribbean Islands especially Antigua where it is called Warri.

Sadly, in India,  very few of those born after 1980 have even heard of Pallanguzhi. However there are some organizations  doing excellent work in reviving interest in traditional board games. I feel they are  a part of precious heritage as important as any thing else.