This is the title of one of the numerous novels written by PG Wodehouse.

Several summers ago when I was a bored teenager, in the middle of the annual school  vacation, I got acquainted with the sublime work of P G Wodehouse.

There was no looking back, life was never the same again, I was hooked !

I devoured whatever of his books were available at home, and made it my mission to hunt down copies of Wodehouse novels in several libraries, friend’s houses and everywhere I could think of. I just couldn’t get enough.

My veneration for him continues to this day, and very often , I just randomly pick up any of his books , open any page,  and start reading all over again , the magic is unceasing.

Sir Pelham Grenville Wodehouse (1881-1975)has been described by Richard Seymore as  ‘a master of the English language ‘, praised by philosophers such as Ludwig Wittgenstein and Anthony Quinton, and writers such as T S Elliot and W H Auden.

Evelyn Waugh expressed admiration for  ‘the exquisite felicity of his language’ .

Brad Leithauser pronounced him as a ‘tonic….for the soul’ Precious  few authors have had so much praise lavished upon them by their peers, acclaimed writers such as Compton Mackenzie, Hilaire Belloc, Bernard Levin, Stephen Fry.

Stephen Fry , celebrated British actor, writer, presenter,best known for playing Jeeves in the BBC series, is generous in his praise: “….the most industrious, prolific and beneficent author ever to have sat down , scratched his head and banged out a sentence.”

Prolific he certainly was. He wrote  more than 70 full novels,  and numerous short stories in his lifetime.

Apart from books he collaborated with Guy Bolton and Jerome Kern amongst others , on several  plays for both  Broadway and Westend.

He was also a gifted lyricist. Gerald Bordman wrote in The Musical Quarterly 1985, that Wodehouse was the “…..most observant, literate and witty lyricist of his day”

Whats more, he had 2 sojourns as a scriptwriter in Hollywood in the 1930s, which in turn led to a dozen novels , short  stories and autobiographical memoirs with Hollywood settings.

The first film adaptation of one of his novels was ‘A Gentleman of Leisure’ in 1915.

Brain Taves tells us that Wodehouse has been part of film and television history in a number of different ways in the course of some 150 movies and television productions across several countries. This is a record hard to beat!

However, there are several exhortations by a galaxy of  luminaries and institutions,  like The Telegraph (UK) that Wodehouse should be read and not seen.

The joy of Wodehouse is in the language, with the seemingly effortless, unique mix of literary allusion, (biblical, classical, Shakespearan ), along with contemporary Edwardian and American slang.

I completely endorse this view. I was very excited to see the BBC television, Wodehouse  series , but they fell far, far short of the real prose. Even the most skilled and experienced actors cannot produce the comic effect  created  by Wodehouse in his inimitable style.

Consider the following line from ‘Right Ho Jeeves’: Bertie is leaving in a huff after an argument : “……. “very good,” I said coldly. “In that case , tinkertytonk” And I meant it to sting……..”

No actor can do justice to a line like that, as acknowledged by British actor Hugh Laurie , who played Bertie Wooster in the BBC series.

Wodehouse used several techniques to achieve comic effect. The stylistic device most commonly found in his work,  is his use of comparative imagery that includes similies. He was able to accentuate resemblances that seem to be incongruous at first glance , but describe the situation or person perfectly:

as in:  Bobbie Wickham being described as “a ticking time bomb”:

or, “….fate was quietly slipping the lead into the boxing glove.” says Bertie , indicating a lover’s tiff  about to happen between  Mr and Mrs Bingo Little.

( Jeeves and The Old School Chum- from Very Good Jeeves)

Wodehouse also  used very often the stylistic device of a transferred ephithet – a technique that casts the state of mind of the protagonist onto a nearby , unlikely inanimate object:

“It was the hottest day of summer, and though somebody had opened a tentative window or two, the atmosphere remained distinctive and individual”

or, : “ It was with a grave face and a thoughtful tooth chewing the lower lip that I picked up my coat……”

( Joy in the Morning)

Bertie’s low mood is described  not only tangentially, but also  euphemistically.

Another feature of the typically Wodehousean syntax was his use of abbreviation leading to great comic effect. In fact , the opening sentence of one of his novels is : “Jeeves placed the sizzling eggs and b. on the breakfast table……”

(Jeeves in the Offing)

or: “ I deposited Upjohn at …..and started m.p.h.-ing homeward in what you may call a trice”

( Jeeves in the Offing)

Wodehouse’s pre-eminent stylistic flourish is his use of metaphor and simile. A technique that never fails to amuse.

“Hell,it is well known , has no fury like a woman who wants her tea and can’t get it”

(Jeeves and the Old School  Chum-  from Very Good Jeeves , my personal favorite of all Jeeves stories! )

or : “…. The mice in my interior had now got up an informal dance and were buck-and-winging all over the place like a bunch of Nijinskys.”

or: “…(the swan) made a hissing noise like a tyre bursting in a nest of cobras”

or: ” He heaved himself up in slow motion like a courtly hippopotamus rising from its bed of reeds on a riverbank.”

I cant decide which is the funniest one!!

Another technique used to achieve great comic effect was the creation of new words by adding or removing prefixes and suffixes, so when PongoTwistleton removes the housemaid Elsie Bean from a cupboard, Wodehouse writes that the character “de-Beaned” the cupboard!

Or : by splitting a word into two, thus Wodehouse divides “hobnobbing” when he writes: “ to offer a housemaid a cigarette is not hobbing. Nor, when you light it for her, does that constitute nobbing.”

Wordplay is a key element in Wodehouse’s writing. : Bertie is described as having a” pinched look” about him after he has spent a night in jail.

(Jeeves and The Feudal Spirit)

Linguistic confusion is another humourous mechanism, such as:

Constable Potter says he has been “….assaulted by the duck pond” In reply, Sir Aylmer , confusing the two meanings of the word “by”, asks: “ How the devil can you be assaulted by a duck pond?”

There are several, several more,  unique ways Wodehouse found to make the reader laugh out loud!

Recently in 2011, Sophie Ratcliffe did the humungous task of collecting together personal letters written by Wodehouse throughout  the course of his long life and career,:

It is a fascinating  read , displaying the extraordinary stylistic elan that one finds in his fiction, and giving us a peep into the  personal world of  this literary genius. 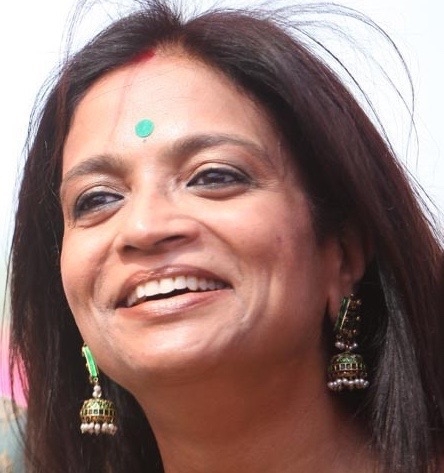