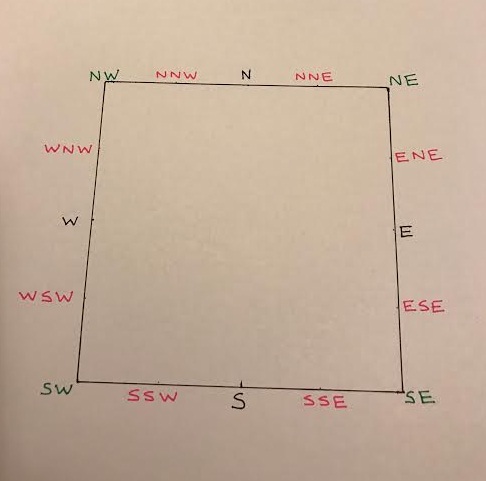 The principle of Vastu depends on the arrangement and re- arrangements of the five elements : earth, water, fire , air and sky to achieve the best possible results. Much importance is given to directions. Each direction has its presiding deity which in turn has its own particular characteristic.

Among the directions  East and North hold a special position. The East ,  because the sun , the source of energy rises in the east, and the North is the roof of  the world and the magnetic pole as well.

By nature, South- East and North- West are dual directions , North-East is the most benefice and South-West the most malefic.

There are 3 categories of directions:

These directions lie between cardinal directions and are most important  in Vastu Shastra. Each diagonal is related to a basic element.

These are 8 in number:

Determining directions is very important in any Vastu treatment. Direction should be exact and accurate and a  compass should be used to determine the  direction from the center of the plot.  Never determine any direction by the position of the Sun  because it is variable with seasons.